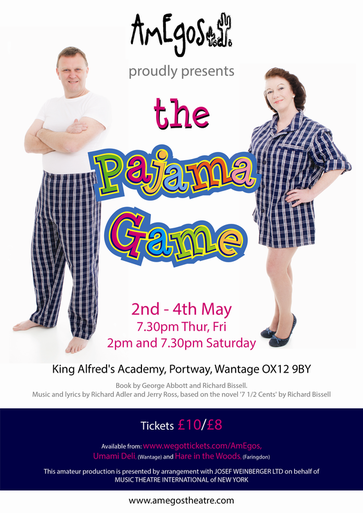 Fabulous show.  And well done Suzanne for stepping in at the last minute!(SR Abingdon)

It was amazing! Now that was a fantastic show.  You should all be very proud, well done all. Go and see the Pajama Game it's Ace! (RT Longcot)

The Pajama Game was absolutely brilliant, really professional - a fab production all round - we've had such an enjoyable afternoon (CW Faringdon)

Such a good show! Really enjoyed myself! (JI Faringdon)